My friend Helmut Veith passed away on Saturday, 12 March 2016, from the effects of a pulmonary embolism after an operation on his leg. He was 45 years old. Helmut is survived by his wife Anna, their son Nikita, and his mother Herta. Our thoughts are with them. I leave it to others to honour his pioneering achievements in the field of computer science. With this text I intend to recognize his outstanding abilities as science communicator. END_OF_DOCUMENT_TOKEN_TO_BE_REPLACED

Known to the world as a metropolis of music, Vienna’s scientific research does not receive the international recognition it deserves. Changing this would require a new mindset, Pavel Kabat (IIASA) and Thomas Henzinger (IST Austria) agree when I interviewed them on January 7, 2016, for the Ball Magazine 2016.

END_OF_DOCUMENT_TOKEN_TO_BE_REPLACED 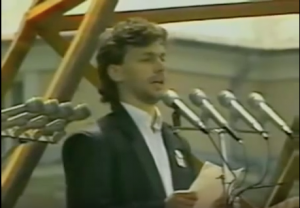 Invited speech at the panel on „Communication of Infectious Diseases“ given at the second European Conference of Science Journalists in Budapest on 3 November 2015 at the Hungarian Academy of Sciences. The conference was part of the World Science Forum held in Budapest from 4 to 7 November 2015, hosted by the Hungarian Academy of Sciences in partnership with UNESCO, ICSU, AAAS, TWAS and EASAC. END_OF_DOCUMENT_TOKEN_TO_BE_REPLACED 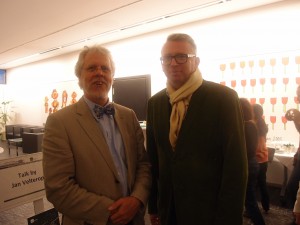 Jan and I with (in my case) an undeserved halo. Photo: M. Holl

Yesterday I had the honour to host Jan Velterop at IST Austria. Jan is a pioneer of the open access movement which he initiated with others in the late 1990s. In his talk at IST Austria Jan focussed on the value of peer review which, according to Jan, as practiced by the publishing industry today is a slow, expensive, unreliable, high variable, ineffective, arbitrary, anonymous process that undermines scientific skepticism, puts careerism before science, and is confirmation-biased. In order to make it more reliable and transparent and much cheaper to the scientific community, Jan proposed “peer review by endorsement”, arguing for a strict separation of the reviewing and publishing processes. While scientists should do the reviewing under their own names in the pre-publish phase using archives, the publishers should restrict themselves to the production phase, publishing scientific literature found worthwhile by the scientists. END_OF_DOCUMENT_TOKEN_TO_BE_REPLACED

Last Friday afternoon I, together with 410 other graduates, attended the graduation ceremony of the Open University in London. In the course of an inspiring and at times moving ceremony I received the degree of a Bachelor of Arts in Humanities First Class. This was an extraordinary and memorable event and I thank all my loved ones who supported me during my study and especially on Friday at the Barbican Centre. (For comic relief see images.) END_OF_DOCUMENT_TOKEN_TO_BE_REPLACED 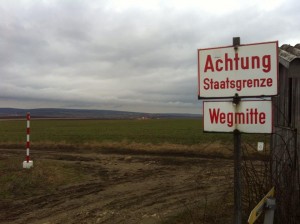 Challenging but exciting task to host: the conference “Demographic Change in Central and Eastern Europe (CEE)” at Vienna’s Museums Quartier on March 24. For details see the programme (150324_JPI_Conference) and look for #jpidemography on Facebook and Twitter.

END_OF_DOCUMENT_TOKEN_TO_BE_REPLACED

Hosting a round table on „Gender Matters in Research Funding“ on September 4, 13.30-15.00, in the spectacular Kuppelsaal of the TU Wien (Karlsplatz 13). The event is part of the 8th European Conference on Gender Equality in Higher Education, hosted by the Austrian Federal Ministry of Science, Research and Economy and organised by the Vienna University of Technology. My panelists are Lise Christensen (Research Council of Norway), Sabine Haubenwallner (FWF), Sabine Mayer (FFG), Maya Widmer (Swiss National Science Foundation), Alison Woodward (Institute for European Studies, Free University of Brussels).