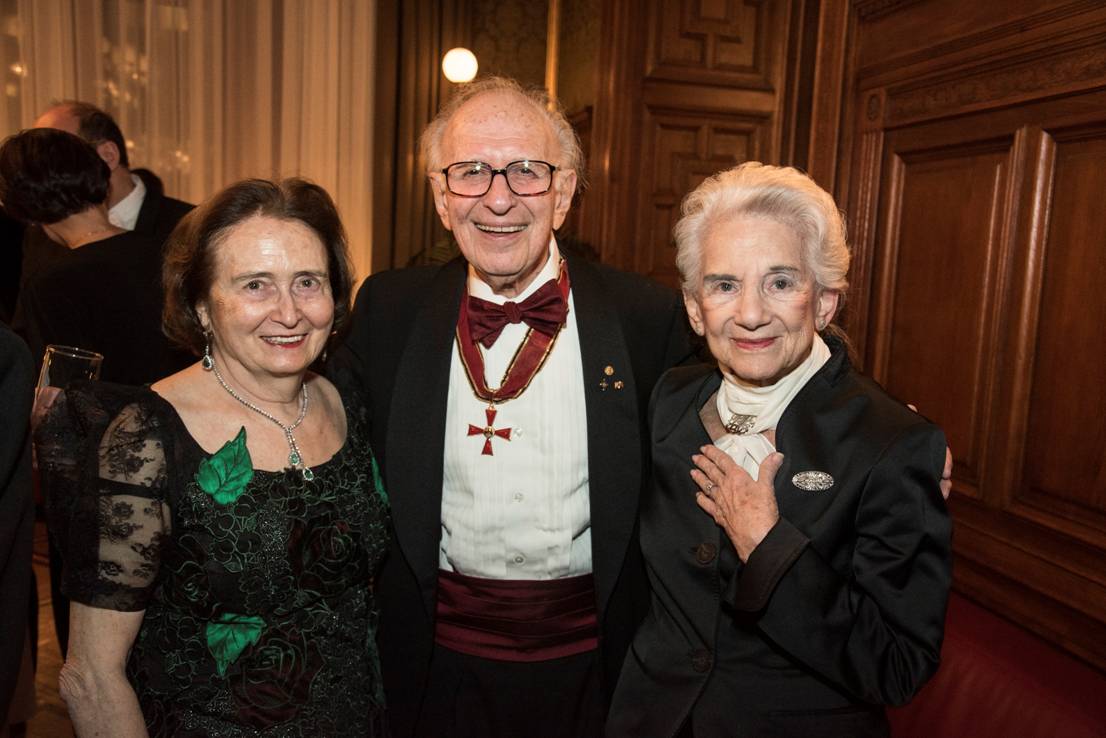 A moment of reflection in the days of frantic preparations for the holidays and, then, the ball. Yesterday we laid Margarete Healy to rest after she passed away peacefully on November 26, 2017. The picture shows her (on the right) next to Nobel laureate Eric Kandel and his wife Denise at the Science Ball in 2016. Gretel was most likely the oldest guest so far at the ball, having been born on March 8, 1923, in Vienna. On the evening of the ball she was as nervous as any young débutante. And a débutante she was because she had been chased out of Austria in 1938, being deprived of her family and her future, and – as she remarked with her typical understatement – the chance to open a ball. So attending the Science Ball on January 30, 2016, was far more then an exciting night out which she thoroughly enjoyed with her partner Josef. It was a kind of homecoming. On the day after the ball she wrote to me in an e-mail: „I must congratulate you for orchestrating this event so efficiently and professionally.  It shall remain in my memory for the rest of the few years I probably still have on this earth.“ We as a team are very glad and proud that we could make this night possible for Gretel.

Having spent most of her live in the United States (or on active service for the State Department abroad) Gretel returned to Austria in 2002 with the intention to delve into the rich culture of her hometown she had enjoyed so much as a young woman. One of her ambitions was to learn different dances. For her 90th birthday party she learned the Hungarian Csárdás which she performed to the utter astonishment of her guests with her partner Josef, accompanied by a Hungarian banda. For her 95th birthday party she decided to gear down a bit and to learn how to tango. Alas, time did not grant her this wish. Let us assume that Gretel will be dancing the tango on her cloud on the night of the next ball on January 27, 2018.