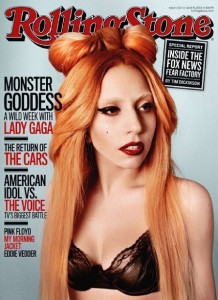 The Fall of the House of Murdoch might be pretty amazing by European standards; and the work of the Guardian is definitely a splendid example of what proper journalism can contribute to civil society once the institutions fail so miserably. But a piece in the June edition of the Rolling Stone Magazine by Tim Dickinson reveals what really is at stake: Murdoch’s US operations. „Fox News reaped an estimated profit of $816 million last year – nearly a fifth of Murdoch’s global haul. The cable channel’s earnings rivaled those of News Corp.s‘ entire film division (…), and helped offset a slump at Murdoch’s beloved newspapers unit, which took a $3 billion write-down after acquiring The Wall Street Journal“. If the phone-hacking scandals spills into the US (ref. 9/11 victims) far more than Murdoch’s „beloved newspapers“ could be in jeopardy: „‚The grimmest possibility is if Murdoch and all his influence is excised from News Corp, and somehow a majority of stockholders take root who are not conservatively interested. Then you might see a very different Fox News and Wall Street Journal and New York Post in the 2012 election,” said Paul Levinson, a media studies professor at Fordham University“ on politico.com.